Skip to content
Excerpt from The Applecore Caller Show: http://bit.ly/1JgYEqv
Console Wars simply put, hurt ALL gamers. Whether you play a Xbox, Playstation, Wii U, or PC the point is WE are all gamers. Casting judgement on one and other is one huge thing we as gamers detest, now that gaming is quote “cool” it somehow became standard practice to berate and bash one another for having a different opinion about something. Can’t we all get along sounds stupid it’s more like, can’t we just play the games we like and merely tolerate and accept there is a difference of opinion on what different people to prefer to play video games on? It’s not easy to discuss the problems in the sphere of gaming but it’s something that should be talked about so we can create some type of resolve instead of adding to the problem. 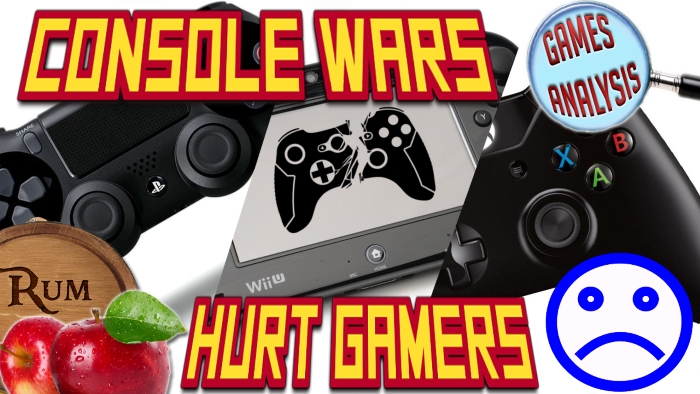