Skip to content
Notch has recently went to twitter and various internet sources talking about how he feels isolated and further explains his emotional state.Mind you Notch made the decision to sell Minecraft to Microsoft for $2.5 billion.
Notch complains about the current remaining team who works at Minecraft doesn’t like him.
“When we sold the company, the biggest effort went into making sure the employees got taken care of, they all hate me now.”
Notch had a 70 percent ownership in Mojang, and get this, he made around $1.75 billion from the sale.
Notch also went to Twitter expressing his sad feelings.
“The problem with getting everything is you run out of reasons to keep trying, and human interaction becomes impossible due to imbalance.”
“In sweden, I will sit around and wait for my friends with jobs and families to have time to do shit, watching my reflection in the monitor.”
“Found a great girl, but she’s afraid of me and my life style and went with a normal person instead.”
“I would Musk and try to save the world, but that just exposes me to the same type of assholes that made me sell minecraft again.”
Just for some clarity this is the same Notch who called his fans assholes and it was his decision to sell Minecraft to Microsoft. The question is should we feel bad for a billionaire whose coming off more like a SOB story than anything else. 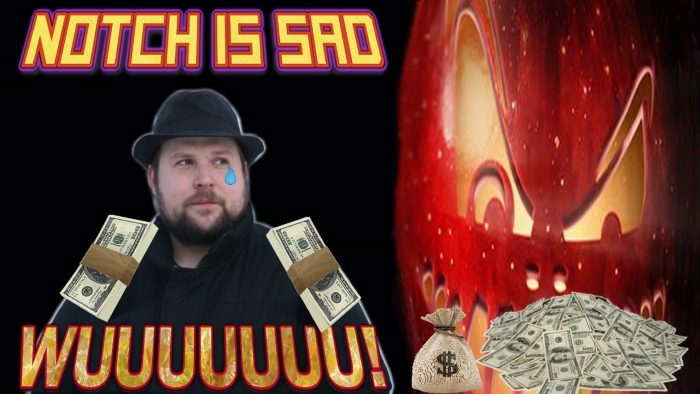