Skip to content
Capcom has often been abusive when it comes to DLC and pinching wallets. To somewhat remedy this Capcom offers the theory of more long-term engagement, because the more you play, the more you are awarded. The core game will consist of 16 characters.
Capcom had some statements regarding the changes
“Looking back on the Street Fighter IV series, we had always released bundles of content all at once, like with Super Street Fighter IV and Ultra Street Fighter IV. While these one-time updates did revive interest in the series every few years, it was difficult to keep players engaged for long periods of time unless they were competitive. This also punished players who took a break from playing the game, because if they wanted to start again in a few years, they would be forced to purchase an upgrade to join the existing player pool who had already moved on to a new version. On top of that, this old method also forced players to purchase all of the new content, even if only a few characters may have appealed to them.”
“Players also have more freedom in their decisions, as they only need to purchase or earn the content that appeals to them. This will also create more long-term engagement, because the more you play the game, the more you are rewarded and can earn new content. The player base is never shrunk by requiring a paid update like in years past. Players can take a break from the game, but then come back at any time and continue to play with the characters they already own, with the newest gameplay balance.”
*Note Only Gameplay features is free, accessories and costumes cost real money.
Street Fighter V is coming to PS4 and PC next spring,  A PS4 beta is set to kick off on July 23 and will run through July 28, then a second beta involving PS4 and PC this fall. A third beta is announced but no release date given. Among other things, these betas will be used to tweak the in-game currency system. 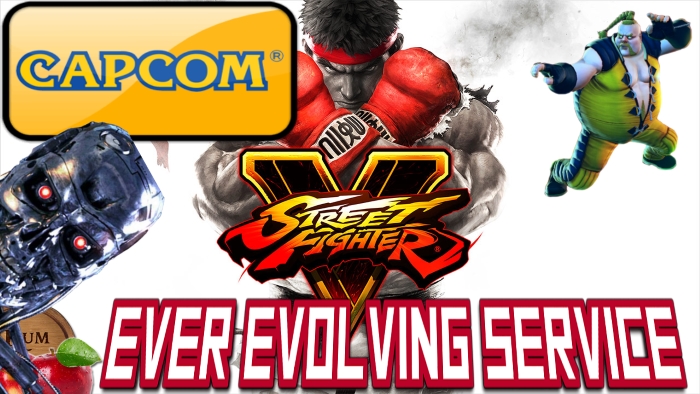