Skip to content
Dead Realm on first looks doesn’t look like anything more than another passable horror game in the genre. YouTube influencers Adam Montoya (SeaNanners), Tom Cassell (TheSyndicateProject) and Evan Fong (VanossGaming) may be in some trouble when it comes to the realization that none of them have disclosed the very real financial ties to the game or how Cassell and Montoya are actually co-founders of publisher 3Blackdot.
There has been statements made from the Dead Realms publisher but it doesn’t answer the primary problem. Just because the niche audience this game captures knows doesn’t mean an outsider to the game would and could be swayed into believing in a product from a supposed “real” source rather than a co-founder masquerading as a let’s player who doesn’t have a particular agenda when it came to promoting the game itself.
The FTC explains in it’s .com disclosures document.
“Disclosures that are required to prevent an advertisement from being deceptive, unfair, or otherwise violative of a Commission rule, must be presented ‘clearly and conspicuously.” In the case of Dead Realms many of these videos lack clear transparency.
It also says in a follow up FAQ, that single disclosure covering multiple videos is insufficient “because people visiting your site might read individual reviews or watch individual videos without seeing the disclosure on your home page.”
Right now this is still up in the air and unless this issue is sorted soon there will be more problems. 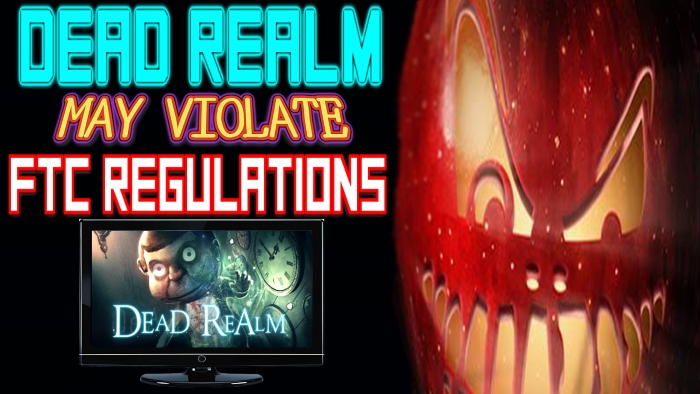