Yakuza Zero’s status is unknown if it will be coming to the states and more information on this game will be revealed at Tokyo Game Show in the coming months.

Source: Ryu-ga-Gotoku Studio
GTN’s Links
—————————————
Facebook | Twitter | Google+ | YouTube | Dailymotion | Hitbox
The recipient will keep all rights to their game, can spend the grant money however they wish, and publish it as they see fit. As long as there’s a working prototype, anyone is eligible.

—————————————
Facebook | Twitter | Google+ | YouTube | Hitbox
With Triple A looking more and more less appealing than ever it really is no surprise that former game developers of those games are leaving to create their own studios. Not much else is known at the time. 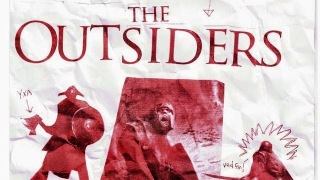 —————————————
Facebook | Twitter | Google+ | YouTube | Hitbox
Top Hats and Champagne which is a PC master race themed YouTube channel takes all the screams and cries around the web about the console wars be it on reddit, YouTube, or even his own comment section in an effort to debunk some of the crazy things THAC sees gamers writer in the community. THAC then brings these comments forward to the public on his show.
THAC calls the show Stupid Console Peasant Quotes. It’s a great show that offers laughter, knowledge and is extremely under appreciated while also new. I highly suggest you stop by Top Hats and Champagne and enjoy yourselves. In the video above you can see just how seriously people take gaming corporations and go even as far as to send THAC death threats or even to cower in delusional paranoia that THAC is here to take their console boxes away. Fan-boy-ism is a disease in the gaming community and it’s just sad to see people which some are adults acting this way. Then again the console wars is nothing new and has even given life to a game called Hyperdimension Neptunia which can be found on Steam and PlayStation 3.
GTN favors the PC overall because it is not tied down to any corporation and is an open platform at it’s base. PC offers better graphics, better frame-rates, more games in specific genres, cheaper games, more control options, more resolution options and I could go on and on and on and on and on….
So what do you think about how crazy the gaming community has gotten over the years? Why do you think people defend Nintendo, Microsoft and Sony so blindly? GTN would be interested to know! Leave your thoughts in the comment section below.

Apotheon is a game developed by Alientrap. If your interested in Apotheon it can be found on the PlayStation 4 or on PC through Steam either on Windows, MAC or Linux.
David Ryatta’s Links
—————————————
Facebook | Twitter | Google+ | YouTube 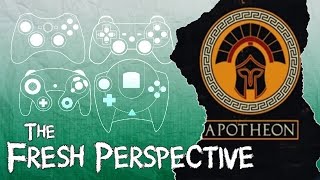 Note that Capcom says the cross platform ownership won’t be available day one however the feature will be unlock in due time. No word on the official time frame. Remember you have to pre-order Resident Evil Revelations 2 before it even comes out in order to be eligible for this “deal”. GTN loves PC gaming and this is another reason why PC Gaming continues to offer more than it’s corporate competition.

Below is the class action lawsuit

Nvidia mentioned that the original specifications that were published for GTX 970 GPU were incorrect because they had an error in reporting which we both know is totally ridiculous and seeps guilt on Nvidia’s behalf.

There is also a petition signed by about 8,000 different people asking Nvidia for their money back for buying the falsely advertised product that is the GTX 970 GPU. Nvidia has not commented on the issue and they could be paying a boatload of money out depending on how the US courts handle the process.

So what do you think about this class action lawsuit that Nvidia is facing? Do you think that is was false advertising on Nvidia’s part? Let us know below.
Source: PC World
GTN’s Links
—————————————
Facebook | Twitter | Google+ | YouTube | Dailymotion | Hitbox
Across The Pond is a Gaming talk show hosted by Rumandapples & Roshu666 that also covers, pop culture, entertainment, and all sorts of news from across the globe. This week is a roller-coaster ride of a show.