Skip to content
Hello out there I’m Dr. Craigheadpro and Razer may be purchasing the OUYA. According to an article on Engadget.com Razer and OUYA are behind closed doors talking on how to make the OUYA part of the Razer product line. The OUYA which is Android based console was funded using kickstarter and had over 8 million dollars raised to make the product come to a store near you. The OUYA boasted that it would have a library of free to play and try video games that would help the Android games get into the industry more prevlant. However, when the OUYA launched in July 2013 it was met with negative reviews across the board.

Statics later showed that only 27 percent of OUYA owners actually bought a game on the platform. Sadly the OUYA is an ever dying platform that developers do not find useful. I have no idea why Razer which is a reliable hardware company that mainly sells gaming mice and keyboards would be interested in purchasing the OUYA due to how widely unaccepted it is in the gaming community and developer community. But if you’re in the market for wasting your money much like you did when you bought the Wii-U from Nintendo make sure to keep an eye out for the OUYA Razer. I’m Dr. Craigheadpro and I’ll catch you next time. 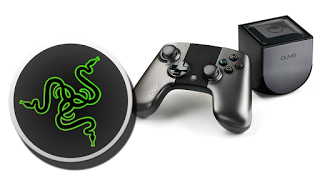